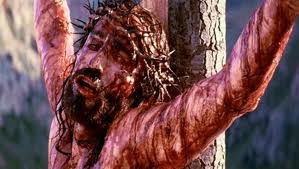 Today is Easter Sunday. Among my friends we have discussed if Easter should be celebrated as a christian holiday. While I will admit that Easter does have it’s roots in pagan roots as seen in these articles.

Where did Easter Come From

I think remembering Jesus Christ is very important. I make sure my daughters understand the significance of the day.  Most of the conversations I have had usually come down to 2 mindsets.

2. It doesn’t matter if a christian does or not because it symbolizes the death and resurrection of Jesus

Whatever a person believes what is important is that here in the United States we have the freedom to decide for ourselves what to believe.  As a christian American I am grateful to live in a country where I don’t have to hide my religious views.

One of the arguments is that many of the rituals in Easter are pagan by nature.

I think that when the bible was written, many of the words meant something different than they do today.  Take Easter eggs for example, I am pretty sure dyed eggs were given as sacrifice in the name of some pagan god or another.. But my daughters associate easter eggs with chocolate.  Our morning easter egg hunt was fun and nothing more.

I do think it is important that we remember why we are celebrating on this day though.  We aren’t celebrating the easter bunny, a goddess, or commercialism. Instead we have this day to remember how much god loves us.

It is a good feeling to know that life doesn’t end on this planet. That one day we will be taken to be with the lord and live for eternity. Whatever you believe I do hope you have a nice day with your family.