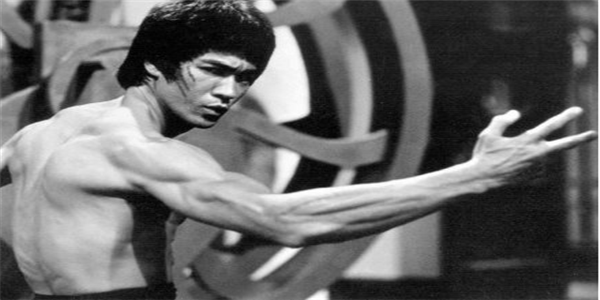 When I was younger my kung fu hero was Bruce Lee. I mean why not that guy was one bad mother F’er. I didn’t realize all those years ago that one day I would actually be following in his foot steps kinda. I remember my father doing martial arts with me when I was 3 yr’s old.

Ya I actually have images in my brain from that far back. Though admittedly they are fading as time passes. Really though I think much of martial arts really is self development or personal development. All martial artist strive for excellence. It is this striving for perfection that separates successful people from the failures in the world.

Ironically , the only thing that is really different between the two is that the successful person doesn’t understand what it means to give up.

I remember reading a story that goes like this:

“” Bruce had me up to three miles a day, really at a good pace. We’d run the three miles in twenty-one or twenty-tow minutes. Just under eight minutes a mile [Note: when running on his own in 1968, Lee would get his time down to six-and-a-half minutes per mile].

So this morning he said to me “We’re going to go five.”

He said, “When we get to three, we’ll shift gears and it’s only two more and you’ll do it.”

So we get to three, we go into the fourth mile and I’m okay for three or four minutes, and then I really begin to give out.

I’m tired, my heart’s pounding, I can’t go any more and so I say to him, “Bruce if I run any more,” — and we’re still running — “if I run any more I’m liable to have a heart attack and die.” He said, “Then die.” It made me so mad that I went the full five miles.

Afterward I went to the shower and then I wanted to talk to him about it. I said, you know, “Why did you say that?” He said, “Because you might as well be dead. Seriously, if you always put limits on what you can do, physical or anything else, it’ll spread over into the rest of your life. It’ll spread into your work, into your morality, into your entire being. There are no limits. There are plateaus, but you must not stay there, you must go beyond them. If it kills you, it kills you. A man must constantly exceed his level.”

It got me thinking about Online Marketing of all things. I realized just how many potholes are in the road ahead for newbies.  I just wanted to say that it’s not worth doing anything unless you are willing to go all the way.