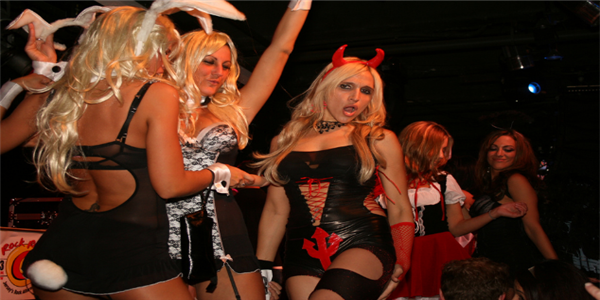 Is Halloween suppose to be a nice holiday?

I have noticed on the television that every channel is blasting scary movies. We have our children dress up in costumes. What exactly are “we” celebrating? I am not talking about why people celebrated it in the past. I wanna know why people celebrate it today?

Why exactly do we allow our children run around door to door asking for treats. It sounds like harmless fun. But lets really look at the face of halloween.

As you can see from these videos, honestly halloween is about killing, murdering, lust,destruction,chaos. Now I like me a good horror movie but it seems a bit much to actually glorify it.

We see it as harmless but I remember when I was pre-teen trying to contact spirits , demons or whatever on halloween. Of course it was scary, what if a vampire came after us or something.

My point is some peoples minds are very easily influenced is this holiday really a good day worth celebrating?

More on Halloween around the web!

Halloween Fun. October 31, 2011. Today is one busy day for me and my crew, we’ve got parades and parties and trick-or-treating to do. But this busy mom is not gonna fret, she’ll be spending the day with Bo Peep and Jango Fett. …

2 thoughts on “Halloween A Frightful Night OF Horror And Candy!”